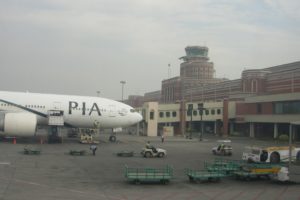 China Construction Third Engineering Bureau won a tender for the design, procurement and construction of the largest airport in Pakistan. According to the agreements reached, the Chinese construction company will fully upgrade the Lahore International Airport named after Allama Iqbal, in addition, experts from China will build a new terminal, as well as modernize the runways of the airfield.

It is expected that the complete modernization of Lahore International Airport will be a key stage in the integration of the Pakistani transport infrastructure into the China’s One Belt, One Road project.

Allama Iqbal International Airport is currently the second largest civil airport in Pakistan, serving Lahore, the capital of Punjab province as well a large portion of the travellers from the Punjab province. After reconstruction and upgrades, it will become the largest and most significant airport hub in the country.