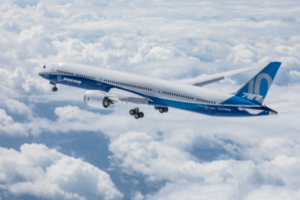 Chinese engineers have developed an innovative model of a hypersonic passenger airliner that can accelerate to 6,000 km/h. Thanks to the high speed, which exceeds the speed of sound six times, the aircraft is able to cover the distance from Beijing to New York in two hours.

It is noted that the design resembles a biplane, it is equipped with double wings, which will allow to develop this speed. The team, which is also involved in China’s top secret hypersonic weapons programme.

At this stage, the aircraft was successfully tested in a wind tunnel.

“It will take only a couple of hours to travel from Beijing to New York at hypersonic speed”, said the researchers led by Cui Kai wrote in a paper this month in Physics, Mechanics and Astronomy.

The US isn’t far behind: Boeing announced a hypersonic plane design in January, and Lockheed Martin’s reportedly working on its own