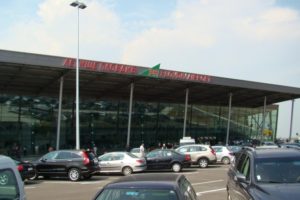 A subsidiary of the Chinese investor HNA Group together with Plovdiv Airport Invest BV won the concession of the Bulgarian airport in Plovdiv. The decision was made today at the regular meeting of the country’s Council of Ministers. The concession is for 35 years, during which time the concessionaire undertakes to make investments in the site amounting to 79 million EUR. The funds are for the repair, maintenance and rehabilitation of the existing infrastructure, as well as the construction of new facilities.

After the grace period of 48 months, for each calendar year the concessionaire will make a payment consisting of a fixed and a variable part. Fixed part is 300,000 EUR, VAT excluded, and a variable amount represents 6% of total net income from all activities for the year related to the use of the concession.

HNA Airport Group operates 13 airports. In total, the conglomerate owns 14 airlines with over 1,250 aircraft and 1,000 domestic and international lines, carrying more than 100 million passengers to more than 260 cities.

The financial health of the huge Chinese company, which has accumulated its empire with debts, is not particularly good. At present, its debt is about 90 billion USD, and the company recently announced it wants to sell 2.2 billion USD of property to cover part of it.

In February, however, it became clear that the company offered its employees to invest in a number of its initiatives.

HNA Group also reduced its stake in Deutsche Bank to raise funds. Against the conglomerate, the investigations are being conducted in the United States, Germany, and China.