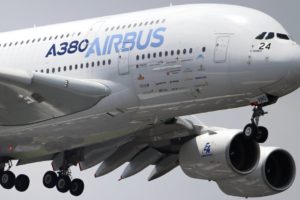 Closing the Airbus A380 program may also be expensive for German taxpayers. More than 600 million EUR of a basic loan granted by Germany to the aircraft manufacturer Airbus in 2002 for the development of the A380 has not yet been paid.

“The federal government has provided Airbus with a loan of about 942 million EUR for development, which has paid about one-third so far”, says representative of the Federal Ministry of Economics.

As the repayment of the credit is linked to the A380 deliveries, it is expected that most of the amount will remain at the expense of taxpayers. By 2021, Airbus will build and deliver only 17 A380s. Due to lack of demand and due to the high costs, in February, Airbus decided to put an end to its prestigious project in 2021.

“Now the federal government will analyze the effects of stopping production and will then discuss the situation with the company so that no claims can be made at the moment”, added the representative of the Federal Ministry of Economics.

From 2014 to 2019 Airbus received funding of about 155 million EUR under the Federal Government’s aviation development program, despite the A380 loan.