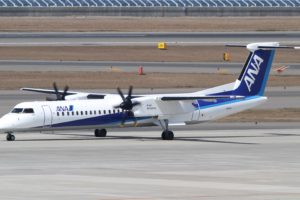 Aircraft Bombardier DHC-8-402Q Dash 8, performing domestic flight NH1651 for Japanese airline All Nippon Airways (ANA), suffered windshield crack while en route from Osaka/Itami to Akita. The accident happened shortly after takeoff and the crew was forced to divert to Chubu Centrair International Airport where a safe landing was carried out. Fortunately, there were no reported injuries among the 13 people on board of the aircraft during the flight.

After landing at Chubu Centrair International Airport all the passengers were taken to the terminal and replacement aircraft was sent to complete the flight to Akita.

All Nippon Airways and local authorities initiated an investigation for the root cause of the accident.