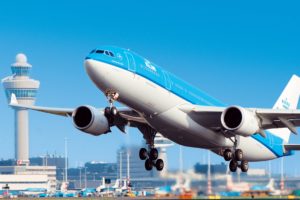 The passengers and customers of the airline KLM can receive information about their flights via Twitter. To do this, it is enough to choose the appropriate option when booking tickets on personal account on the carrier’s website.

After connecting the function, KLM sends confirmation of the reservation to the passenger, notifications of the start of registration and changes in the status of the flight and boarding passes in private messages on Twitter. The new service is also available to users of the Chinese social network WeChat.

Last year KLM passengers began to receive information about flights and confirmation of booking through Facebook Messenger. And on Twitter there is a 24-hour customer support service for the carrier.

KLM Royal Dutch Airlines is the flag carrier airline of the Netherlands. KLM is headquartered in Amstelveen, with its hub at nearby Amsterdam Airport Schiphol. It is part of the Air France–KLM group, and is a member of the SkyTeam airline alliance. KLM is the oldest airline in the world still operating under its original name and had 32,505 employees. The air line operates scheduled passenger and cargo services to 145 destinations.