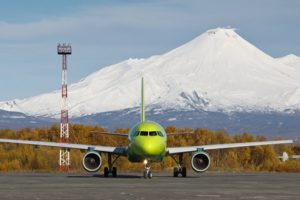 Customs officers in the Kamchatka airport Elizovo detained US citizen from flying from Anchorage, due to carrying revolver on board. The person was detained for further investigation. The foreigner declared weapons and cartridges in the passenger customs declaration, but did not have permission to bring the revolver to the customs territory of the Eurasian Economic Union.

“During the customs control, the passenger said that in his luggage there is a revolver and cartridges to him”, said the press secretary of the Kamchatka customs, Tatyana Lesina.

The US citizen said that he did not know about needed permission on import of weapons. The foreigner came to the peninsulas for fishing, and took a revolver and cartridges to defend himself against predators, including from brown bears.