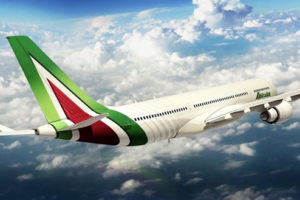 At the same time, according to Deputy Prime Minister Luigi Di Maio, the Ministry of Economy intends to receive a controlling stake of more than 50% in the new company, as well as the state railway company. Thus, the two private investors Delta Air Lines and EasyJet can get 20% each.

The new development plan for Alitalia will be presented no later than March 31, 2019.

As it was reported earlier, the Italian authorities considered other potential investors, with one of the favorites being Lufthansa, but its representatives declared their readiness to manage Alitalia only upon the dismissal of 3,000 of its employees. However, abbreviations are assumed in the plans of Delta.

Alitalia is the former flag carrier of Italy. The company has its head office in Fiumicino, Rome, Italy. Its main hub is Leonardo da Vinci-Fiumicino Airport, Rome, and a secondary is Linate Airport, Milan. Other focus airports are Catania-Fontanarossa Airport, Milan-Malpensa Airport, Palermo Airport, and Naples Airport. In 2018, it was the twelfth-largest airline in Europe. On 2 May 2017, the airline went into administration after the Italian government formally approved the move.