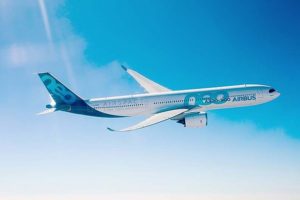 The American airline Delta Air Lines has ordered another 10 Airbus A330-900 aircraft, increasing the order book for this type of aircraft to 35 aircraft. The additional A330neo purchase is worth some 3 billion USD at list prices but is likely to represent below half that after typical discounts as the jet faces competition from newer models.

At the same time, Delta and Airbus agreed to postpone the receipt of 10 previously ordered A350 XWBs until 2025–2026. The new planes will refresh the airline’s fleet as the company retires older Boeing 767-300ERs.

“The A350 has been a great success for our customers and our business”, said the Chief Operating Officer of Delta Air Lines, Gil West. “A fleet of 15 of these world-class aircraft is the right current fit for Delta’s industry-leading global network, operational reliability and award-winning products and services”, added he.

The Delta A330 fleet today has 42 wide-bodied aircraft.

Delta Air Lines is a major United States airline, with its headquarters and largest hub at Hartsfield–Jackson Atlanta International Airport in Atlanta, Georgia. The airline, along with its subsidiaries and regional affiliates, operates over 5,400 flights daily and serves an extensive domestic and international network that includes 319 destinations in 54 countries on six continents, as of October 2016. Delta is one of the four founding members of the SkyTeam airline alliance.