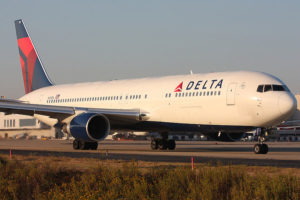 Delta Air Lines, which is the second largest US carrier in terms of passenger turnover, has worsened its revenue growth estimates in the fourth quarter of 2018 due to unsuccessful pricing.

As Delta’s press release says, its total revenue in the fourth quarter probably increased by 7% compared with the same period of 2017, and not by 7.5%, as previously assumed. The estimated revenue growth per unit of air transportation (carrying each available passenger seat by 1 mile) is degraded from 3.5% to 3%.

The adjustment of the revenue forecast for Delta has heightened investor concerns related to an increase in airfares and its effect on consumer demand and the financial results of carriers.

At the same time, Delta narrowed its forecast for earnings per share to 1.25-1.30 USD, which is closer to the upper boundary of the previously announced range.