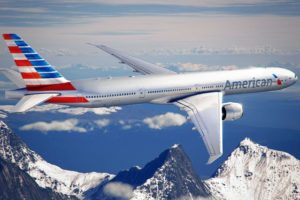 Delta and American Airlines will not register “smart luggage” with non-removable lithium-ion batteries from January 15, 2018. In particular, it’s about the suitcases of the producers of Bluesmart and Modobag, which can be tracked and opened/closed via the mobile application. Also, they have built-in batteries for charging devices.

The representatives of the carriers said they were afraid of overheating of batteries in the luggage compartment, which could lead to a fire. Therefore, travelers will have to take out the batteries before handing over the bag at the airport.

American Airlines added that it would not be necessary to remove the battery from the smart hand luggage, it would be enough just to disconnect it. And Delta does not allow carrying in the luggage compartment any power supply units that are not even built into the bags – they need to be taken on board.

“We just want to make sure that if people are going to buy smart bags, they ask the question: Is the battery removable?”, said American Airlines spokesman, Ross Feinstein. “And if it is, it’s more than welcome to fly on American”, added he.

Alaska Airlines also joined the US carriers in banning the “smart luggage”, while United Airlines and Southwest Airlines say they’re reviewing the issue.