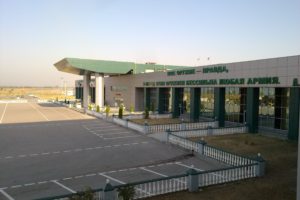 A direct flight between Grozny and Dubai will be launched in April 2018, revealed the general director of the Grozny airport Sultan Gambulatov.

“In April 2018, direct flights will be opened between the cities of Grozny and Dubai (United Arab Emirates), which will be operated by Air Arabia, and we have already given our confirmation”, said Gambulatov. “The days of [the flights] have not yet been determined”, added he. According to Gambulatov, in April-May 2018, it is also planned to launch new direct flights between Grozny and the cities of Sochi, Rostov-on-Don and Simferopol.

“The opening of each new flight is of great importance for the development of tourism in the region, for the economy of the republic”, added the general director of the Grozny airport.