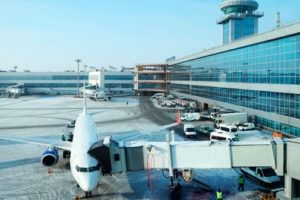 Businessman Dmitry Kamenshchik intends to invest in the development of Domodedovo airport another 1.3 billion USD. The total value of investment in the airport for the previous 20 years was estimated at 3.5 billion USD. The investments in previous years allowed to increase passenger traffic of Domodedovo 16 times (in 2016 it was 28.5 million people) and attract companies such as Lufthansa and British Airways to the airport. Due to new investments, passenger traffic is planned to double, bringing to the airport 60 million people per year, which roughly corresponds to the current passenger flow of Frankfurt Airport.

“Domodedovo is probably one of the most auditable enterprises in the country. Our only way to survive is to carefully observe the law”, said the Russian businessman, Dmitry Kamenshchik.

On June 22, the management of Domodedovo announced the attraction of a new long-term loan from ING Bank N.V. for equipment of the new terminal segment of T2 for up to 58.9 million EUR for a period of up to 8 years.

The aggregate throughput of the passenger terminal of the airport after the introduction of the first phase of T2 should be more than 45 million passengers per year. It is planned to be put into operation by the beginning of the 2018 FIFA World Cup events.