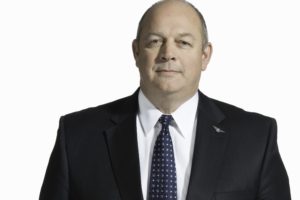 The US President Donald Trump intends to nominate the ex-manager of Delta Airlines, Steve Dickson, to head the US Federal Aviation Administration.

“Trump is planning to nominate Dickson, who oversaw flight operations at Delta, to the five-year term at the helm of the FAA”, says the White House statement.

Since January 2018, Daniel Elwell has held the post of acting head of this structure.

The nomination would come amid intense scrutiny over the FAA’s approval of Boeing 737 Max 8. Investigators of an Ethiopian Airlines crash earlier this month have said they detected “clear similarities” between that flight and another fatal crash in Indonesia in October.

The FAA was criticized for waiting days before grounding Boeing’s 737 Max 8 after an Ethiopian Airlines crash earlier this month.

Earlier Tuesday, Transportation Secretary Elaine Chao sent a memo to the department’s inspector general, formalizing a request for an audit of the FAA’s certification of the Boeing planes.