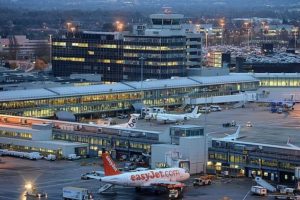 Manchester Airport cancels and delays flights due to fuel problems. A “power issue” affected fuel supply and caused dozens of flights to be canceled. Flights to Tenerife, Belfast, and Milan were among 87 cancelled, while others were delayed by hours.

Passengers said they were stuck on grounded planes for two to three hours because of the problems, which began on Sunday afternoon.

A Manchester Airport spokesperson said the issue had been resolved at 03:00 BST. Most scheduled flights will operate as planned on Monday, the airport said, but expected that there would be a small number of delays and cancellations as a result of the issues experienced.

“However, we expect that there will be a small number of delays and cancellations as a result of the issues experienced”, says the official statement of Manchester Airport. “Please check the status of your flight with your airline. We apologize for any inconvenience caused and thank you for your patience”, adds the statement.

Eighty-six flights were canceled due to the issue and Ryanair, easyJet, Dart Group owned Jet2 and IAG owned British Airways flights were among those affected.

Manchester Airport is an international airport at Ringway, Manchester, England, 7.5 nautical miles (13.9 km; 8.6 mi) south-west of Manchester city centre. In 2016, it was the third busiest airport in the United Kingdom in terms of passenger numbers and the busiest outside London. The airport comprises three passenger terminals and a goods terminal and is the only airport in the UK other than Heathrow Airport to operate two runways.