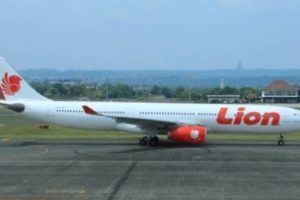 More than ten people were injured as a result of the panic that arose on board an Indonesian aircraft because of the passenger’s joke about the bomb on board. The Lion Air Boeing 737 was supposed to fly from the city of Pontianaka in Borneo island to Jakarta with 189 passengers on board. The flight attendant asked one of the passengers about her personal belongings and the young man jokingly replied that he had carried a bomb.

Another passenger heard his words and panicked. The flight attendant tried to calm the passengers, but the chaos could not be avoided. As a result of the incident, 11 people were injured, as 8 had broken bones and head wounds and 2 had minor injuries.

The security forces searched the plane, but the bomb was not found. The passenger “joker” was detained. He faces imprisonment for up to one year.

Video showed dozens of people standing on the Boeing 737’s right wing. Some slid down the right engine and landed on the tarmac.


The Boeing 737 is a short- to medium-range twinjet narrow-body airliner developed and manufactured by Boeing Commercial Airplanes in the United States. Originally developed as a shorter, lower-cost twin-engine airliner derived from the 707 and 727, the 737 has developed into a family of ten passenger models with capacities from 85 to 215 passengers.