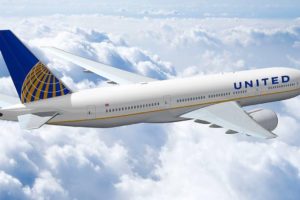 Dozens of passengers of United Airlines refused to fly after the pilot of the liner scared them with his statements. The incident occurred on Tuesday, August 22, before the departure of the aircraft from Chicago to the city of Newark, New Jersey. After a two-hour flight delay, the pilot warned passengers that they would fly in the area of ​​strong storms and even a tornado.

Then the pilot recommended to passengers to get acquainted with their neighbors, without explaining why they should do it. He also said that the flight to New Jersey would be “very turbulent”.

When the liner began to move to the runway, the pilot announced through a speakerphone that the aircraft had a malfunction and the trip was delayed again. As a result, at least 50 passengers refused to fly.

The plane safely arrived in Newark on the night of Wednesday, August 23. The delay of the flight was more than six hours. United Airlines said that they are investigating what happened on board.