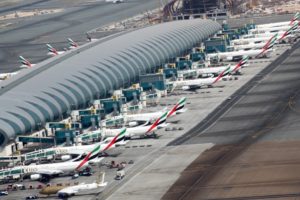 Dubai International Airport has launched a new service that allows to broadcast movies and TV shows to passengers’ mobile devices. Free access to the streaming entertainment system is possible when connecting to Wi-Fi of the airport. Within two months, the service will be provided in a test mode.

“Thanks to our partnership with ICFLIX, travelers can enjoy watching the latest news or movies from their smartphones and laptops before departure, choosing content in English, French or Arabic”, said the executive vice president of the Dubai Airports group, Eugene Barry.

Recently the terminal 3 of Dubai International Airport was equipped with smart turnstiles and the Sleep’n’Fly lounge with sleeping capsules.