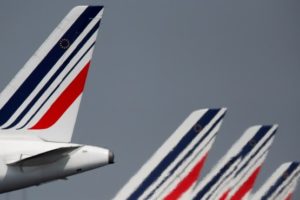 Dutch airline KLM said it would stop flights to Tehran due to “negative results and financial forecasts” following the withdrawal of the US from the Iranian nuclear agreement. KLM, which is part of Air France KLM group, made this statement in a laconic communique posted today on the company’s website. The last KLM flight to Tehran will be on September 22 from Amsterdam with a return on September 23.

“As a result of the negative results and financial outlook for the Tehran operation, the last flight will take off from Amsterdam on 22 September 2018 and land at Schiphol on 23 September”, says a statement of the KLM.

KLM ceased flights to the Iranian capital in 2013, then resumed in 2016 as a result of the signing of the Iranian nuclear agreement.

Air France began flying again to Tehran in 2016 after eight years of disruption and continued to fly to the Iranian capital.

KLM Royal Dutch Airlines, legally Koninklijke Luchtvaart Maatschappij N.V., is the flag carrier airline of the Netherlands. KLM is headquartered in Amstelveen, with its hub at nearby Amsterdam Airport Schiphol.