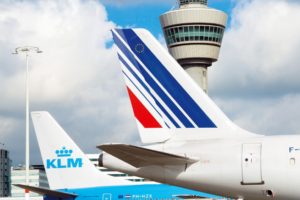 The Dutch government acquired a 12.7% stake in the Franco-Dutch airline group Air France-KLM, announced the Minister of Finance Wopke Hoekstra. According to him, the purchase of shares cost the government 680 million EUR. He added that in the future, the authorities plan to increase their stake in the company to about 14%, which is approximately in proportion to the share owned by the French government (14.29%).

“The decision is a fundamental step in the process of protecting Dutch interests”, noted Minister of Finance, Wopke Hoekstra. “The acquisition of shares will provide us with a place at the table”, added he.

Wopke Hoekstra stressed that in this situation the state does not make investments, but protects the interests of the Dutch economy and Schiphol Airport, which is the third largest air harbor in Europe, providing more jobs for the Dutch.

Air France–KLM is a Franco-Dutch airline holding company incorporated under French law with its headquarters at Charles de Gaulle Airport in Tremblay-en-France, near Paris. Air France–KLM is the result of the merger in 2004 between Air France and KLM. Both Air France and KLM are members of the SkyTeam airline alliance. The company’s namesake airlines rely on two major hubs, Paris–Charles de Gaulle Airport and Amsterdam Airport Schiphol respectively.