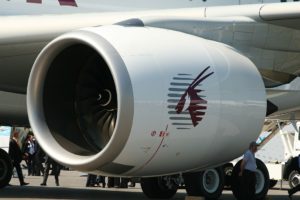 The European Aviation Safety Agency (EASA) has notified some airlines of the replacement of Rolls-Royce Trent 1000 engines, due to the suspicion that some elements could be corroded. EASA stated that to reduce the risk of failure of both engines in flight, a new life-cycle limit should be applied to 15 engines with specific serial numbers. In those cases when two damaged engines are installed on the plane, the airlines must replace one of them, shows the Airworthiness Directive.

Rolls-Royce told investors in August that 400 to 500 Trent 1000 engines had problems with components that had worn out earlier than expected. The EASA explained that these engines are mainly installed on Boeing 787 aircraft.

“This directive provides for the measures that we take as part of the ongoing development of our active engine control program”, said the spokesman for Rolls-Royce.

Several airlines including Air New Zealand, British Airways, Virgin Atlantic and ANA Holdings of Japan earlier reported problems with the Rolls-Royce Trent engines, which led to additional checks and maintenance, and prompted the cancellation or postponement of certain flights. British Airways, ANA, Air New Zealand and low-cost airline Singapore Airlines Scoot said that they do not have the engines mentioned in the directive.