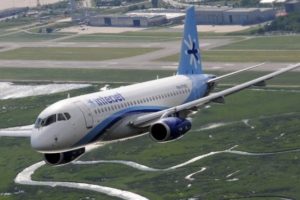 The European Aviation Safety Agency (EASA) published a bulletin with a directive to check urgently the rear stabilizer of all Sukhoi SuperJet 100 airplanes. The document is posted on the organization’s website. It orders to conduct a check before the completion of 1,300 flight cycles or within 7 days after the publication of this document, whichever comes first.

The reason for the release of the bulletin was the cracks in the rear horizontal stabilizer between the ribs 0, 1 and 2, which were discovered during maintenance. These cracks, without being liquidated, can affect the structural integrity of the stabilizer.

In the event of any cracks or corrosion, European Aviation Safety Agency requests before the next flight to contact Sukhoi Civil Aircraft to obtain approved repair instructions for the damaged parts.

In December 2016, Rosaviatsia suspended the operation of several Sukhoi SuperJet 100 aircraft. The reason was a defect of the “eyelets of the belts of the stabilizer mounting points”. Some experts then explained that there was no danger for daily flights, but the agency decided to leave on the ground even those planes where there was only a suspicion of the presence of such defects.