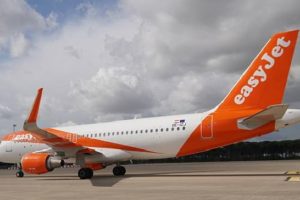 The low-cost airline easyJet had transported nearly 90 million passengers during the last 12 months, which sets a new record for the company. This represents an increase of 10% over the previous accounting year. The British company has transported 88.5 million passengers between October 2017 and the end of September 2018, with an aircraft loading rate of 92.9%.

The airline’s net profit increased by 17% to 385 million GBP (400 million EUR). The company explains this success with its priority provision of service to the airports that are located closest to major city centers.

The airline easyJet has managed to continue its growth, focusing on short European routes at a time when rivals are in difficulty. The British company Monarch and the German airline Air Berlin bankrupted while its big rival Ryanair faced social unrest and was forced to cancel thousands of flights.

The Italian airline Alitalia is also in difficulty and EasyJet has deposited one of the three bidding offers for its acquisitions. These offers are currently being considered by the authorities in Rome.

For the 2018-2019 reporting year, EasyJet announced it was confident in its ability to continue growth by planning to increase the total number of seats in its aircraft by 10%.

EasyJet Airline Company Limited, styled as easyJet, is a British low-cost carrier airline headquartered at London Luton Airport. It operates domestic and international scheduled services on over 820 routes in more than 30 countries.