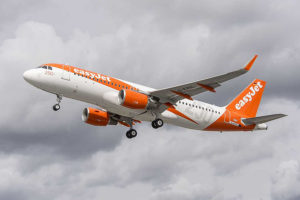 The British low-cost carrier EasyJet increased its profit forecast for the fiscal 2018, ending September 30, noting that the 4th financial quarter was strong enough due to continued high demand for its services. Despite the problems faced by all European airlines, including regular strikes, EasyJet predicts pre-tax annual profit of 570-580 million GBP(748-760 million USD), which corresponds to the upper limit of its previous forecast.

According to the company’s estimates, the volume of passenger traffic this year will grow by 5.4% to 84.6 million people, against the expected increase in passenger traffic by 4.2%. Previously, the carrier predicted a higher traffic volume and the deterioration of the estimate was explained by negative external factors, including strikes and difficult weather conditions in Europe, due to which many flights were canceled in the third quarter.

The load of flights this year will increase by 1 percentage point to 93.6%, according to the forecast of EasyJet. The company’s annual revenue, according to its forecast, will be 5.895 billion GBP.

The revenue per unit of air transportation (moving each available passenger seat to a distance of 1 mile) will increase by 6.5%.

The fuel costs this year will be about 1.2 billion GBP, which is 15 million pounds above the previous estimate.

EasyJet warned that it expects a decline in revenue per unit of air transportation in the 1st half of the fiscal 2019, which starts on October 1. The decline in the indicator will be expressed in “a low single-digit number” in percentage terms, adds the statement. These expectations are due to the fact that an year earlier, the company significantly benefited from a number of one-time factors, including the bankruptcy of Monarch and Air Berlin.