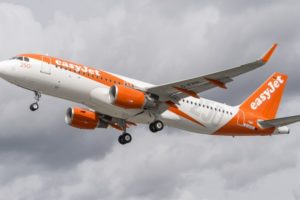 British budgetary airline EasyJet referred to fictional strike of air traffic controllers to avoid paying compensation to passengers for the canceled flight. As it became цлеар, on June 23, the airline canceled a flight from London Gatwick airport to Belfast, and refused compensation to passengers, calling the strike of air traffic controllers ас the reason for cancelатион. However, several passengers heard the conversation of the employees of EasyJet and the technical personnel, from which it was clear that there was a problem on the aircraft.

Moreover, no air traffic control strikes took place on June 23, the day of the flight. Passengers waiting to board the aircraft saw an engineer attend the plane and overheard him tell ground staff it was not fit to fly.

According to the legislation of the European Union, in case of cancellation of the flight, the airline must pay each passenger 250 EUR in compensation. However, if the flight did not take place for reasons beyond the control of the airline – for example, due to a strike by ground services or weather conditions – the payment might be refused.

“They just shamelessly lied”, said one of the flight passengers Collin Window, who bought nine canceled tickets for her family on the canceled flight. In response to the request local media, EasyJet acknowledged that there were really no strikes at that time, and a false statement was called an administrative error. Later compensation to passengers was paid in full.

EasyJet is a British airline, operating under the low-cost carrier model, based at London Luton Airport. It was founded in March 1995 and operates domestic and international scheduled services on over 820 routes in more than 30 countries. EasyJet plc is listed on the London Stock Exchange and is a constituent of the FTSE 100 Index.