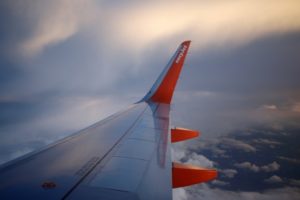 The airline Easyjet suffered a loss of ten million pounds due to the December interruptions in operations of the London Gatwick Airport, due to appearing of drones in the vicinity.

According to the publication, the problems then affected about 82,000 customers of the airline and more than 400 of its flights were canceled, which led to a loss of ten million pounds.

On the night of December 20, all flights at Gatwick Airport were suspended due to information about two drones flying over the airfield. On Thursday, the airport could not resume work due to the emergence of new unmanned vehicles. The situation with the cancellation of flights has affected more than a hundred thousand people. According to the police of the English county of Sussex, the incident with the drones paralyzed the work of the airport is not associated with terrorism.

EasyJet is a British low-cost carrier airline headquartered at London Luton Airport. It operates domestic and international scheduled services on over 820 routes in more than 30 countries. It employs nearly 11,000 people, based throughout Europe but mainly in the UK.