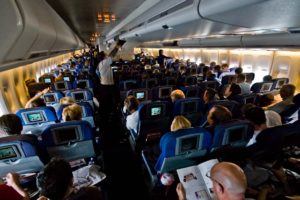 The European Commission recommends the EU to start negotiations with Canada on a change in the agreement on the exchange of air passenger data, which was criticized by the EU Court, said European Commissioner on Security, Julian King.

The EU-Canada Agreement on the exchange of air passenger data was signed in 2014. After the signing, the EU Council requested approval from the European Parliament, but the European parliamentarians asked the EU court to check its compliance with the legal framework. In July, the EU Court said that the agreement in its present form can not be concluded because a number of provisions of the document violate the basic rights of citizens provided for by EU legislation.

“We recommend that the EU Council begin negotiations with the Canadians for an appropriate revision of this agreement”, said Julian King.

Criticism, in particular, has led to the assumption that Canada can store personal data of air passengers for five years without being associated with the goals of the agreement, which are the fight against terrorism and serious crimes.

The agreement provided for the exchange of a list of passenger information that airlines can receive when registering for a flight, as well as data on the payment and the bank card. This information is suggested to be kept for five years.