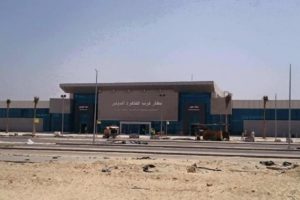 Egypt opened yesterday a new international airport on the outskirts of Cairo in an attempt to reduce the workload of the main airport in the capital and boost tourism.

Sphinx Airport, located near the Pyramids of Giza and the new Egyptian Museum, is still in a trial phase and is expected to serve 30 flights per day by early February.

The 17 million USD project is part of a tourism ministry’s plan to make historic sites more accessible to travelers in the Red Sea resorts such as Sharm el-Sheikh and Hurghada. The airport will operate at full capacity in 2020.

After the turbulent years since the outbreak of the Arab Spring, which seriously affected tourism, revenue in the sector began to rise. In the first half of 2018, they reached 4.8 billion USD. This is 77% growth on an annual basis.

Over the next two weeks, the company’s aircraft will fly from the new airport to Luxor, Sharm el-Sheikh, Hurghada, and Aswan, performing a total of 15 flights per week.