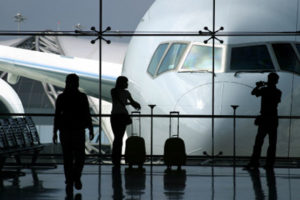 Egypt expressed its readiness to sign a protocol on aviation security with Russia, said the head of the Ministry of Transport of the Russian Federation Maxim Sokolov. After signing of such documents, the airlines can restart flights between Moskow and Cairo, which were suspended after terrorist attack to Russian airplane in November 2015.

“To open an air service in any of the directions, primarily Cairo, since this airport today has been additionally checked by group of experts in the field of aviation transport security, which carried out this analysis at the end of July, it is necessary to sign an appropriate protocol with the Egyptian side, about which they also expressed their readiness, and the introduction of changes in the presidential decree”, said Maxim Sokolov.

According to the minister, the Ministry of Transport sent a report to the government of the Russian Federation, “which gives a positive assessment of the activities that were done by the Egyptian side in the second terminal of Cairo airport”.

But in May a well-informed source stated that the Egyptian side “no longer demonstrates readiness to seek a compromise regarding the presence of Russian specialists at local airports”, which contradicts the draft prepared earlier.

The protocol was developed after the closure of the air communication between Russia and Egypt in November 2015, which was initiated by the Russian Federation in connection with the crash of Russian airplane over Sinai. On board the liner, flying from Sharm el-Sheikh to St Petersburg, there were 217 passengers and seven crew members, all of them were killed. The FSB subsequently found the incident a terrorist act.