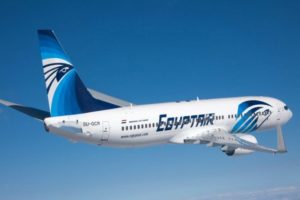 The Egyptian airline EgyptAir denied the information about the fire on board of airplane during takeoff from Aswan to Cairo. The airline rejected such information and informed that all the flights and airplanes are according to the schedule and the concerned flight was not stopped during takeoff.

“We checked this information, nothing like this happened to any of our planes”, says the official statement of EgyptAir

Earlier, Egyptian media reported that according to eyewitnesses, just a few seconds after the start of takeoff, one of the liner’s passengers noticed a flame flashing out from under the left wing. He immediately called the flight attendant, who informed the captain, and he stopped taking off and returned to the airport. The passengers were evacuated and returned to the departure hall.

EgyptAir is the flag carrier airline of Egypt. The airline is based at Cairo International Airport, its main hub, operating scheduled passenger and freight services to more than 75 destinations in the Middle East, Europe, Africa, Asia, and the Americas. Egyptair is a member of Star Alliance, the Arabesk Airline Alliance and the Arab Air Carriers Organization.