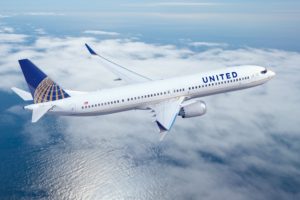 An elderly American sued the airline United Airlines and its former employee for being injured at the airport. He demanded more than a million dollars in compensation. The incident occurred in the Houston Intercontinental George Bush Airport (Texas) in 2015, but only now the story was revealed. Ronald Tigner asked a United Airlines employee for a new boarding pass in return for the spoiled.

However, Alejandro Anastasia denied the 71-year-old man and insulted him. After a brief squabble, a carrier worker knocked Tigner off his feet, as a result, he lost consciousness. The elderly man lay on the floor for several minutes before another passenger asked the representatives of United Airlines to call the doctors.

It is also known that Alejandro Anastasia paid a fine for causing bodily harm. In addition, he was fired from the airline after this incident.

Ronald Tigner sued United Airlines, Anastasia, as well as another employee of the carrier, who is accused of negligence. The carrier brought his apologies to the man.

In April, the airline was in the middle of the scandal after taking off a passenger from its flight at Chicago airport with the use of force. As a result, Dr David Dao suffered serious injuries. This emergency also caused a wave of outrage in China. As a result, United Airlines entered into a settlement agreement with the injured physician.