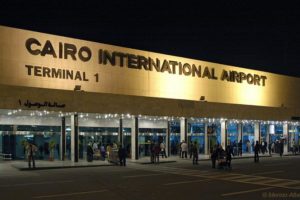 Eleven employees of the Cairo airport were arrested on a preliminary charge of intentional sabotage. The unexpected power outages in the Cairo airport happened on Friday from 12.20 to 13.41 local time, which led to delays in international and domestic flights, as well as delays in the issuance of baggage. The work of security systems was disrupted, computers and air conditioners were disconnected, backup generators were not working.

The incident caused a great response in the political and social circles of Egypt. Many politicians and members of parliament supported the investigation, noting that such an incident “defames the reputation of the country” in general and the Cairo airport in particular. Several times in the comments the word diversion was sounded: in Egypt, it is not ruled out that the failure in power supply was specifically timed for the visit of Russian experts, according to the local officials.

In addition, the airport management on Sunday held “partial” exercises to evacuate passengers in the event of such situations, but these actions were not agreed with the aviation authorities of the country.

Attorney General of Egypt, Nabil Sadeq, on Sunday ordered to detain eleven technicians from the Cairo airport for 15 days as part of an open investigation. According to preliminary data, they are charged with intentional power outages. Prosecutors will also examine the actions of employees of the Electricity Company, which supplies electricity to the airport.

Egyptian Minister of Civil Aviation formed a special committee to investigate the causes of the accident. According to him, the fact of power outage is not suspicious, but the fact that the backup generators, which in this case are automatically started, did not work.