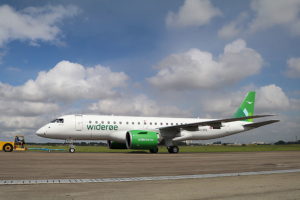 The Brazilian aircraft manufacturer Embraer delivered a total of 181 aircraft to customers in 2018.

Later today the company is expected to publish its fourth-quarter earnings statement.

Embraer S.A. is a Brazilian aerospace conglomerate that produces commercial, military, executive and agricultural aircraft and provides aeronautical services. It is headquartered in Sao Jose dos Campos, Sao Paulo. The company is the third largest producer of civil aircraft, after Boeing and Airbus.

On July 5, 2018, a joint venture with Boeing was announced for its airliners. The merger is still not completed, as Brazilian authorities expressed some concerns about national security.