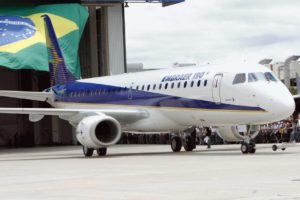 Notably, the company exited the reported quarter with an order backlog of 18.5 billion USD, lower than the first-quarter level of 19.2 billion USD. Embraer’s backlog was pegged at 417 aircraft.

“The company’s order book is 18.5 billion USD. Revenues in the second quarter of 2017 increased by 29.5% compared to the same period last year and reached 1.769 billion USD”, said the company in official statement.

Despite the improved revenue performance, Embraer’s business jet revenues are still down close to 18% for the first half to 566 million USD.