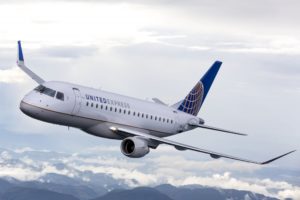 The Brazilian aircraft manufacturer Embraer celebrates the delivery of its 1500th aircraft of the E-Jet family to the customer.

“The recipient of the jubilee aircraft was Seattle-based airline Horizon Air, wholly owned by Alaska Air Group. The E175 for Horizon Air has 12 seats in the first class, 12 seats in the premium class and 52 in the economy class cabin”, says the official statement of Embraer.

“Delivering our 1500th E-Jet is no small feat. Over the years, we have constantly worked to transcend, to offer our customers the best solution for their business models, and the success of the E-Jet family on the market is proof of the success of these efforts”, said John Slattery, President and CEO of Embraer Commercial Aviation.

“We are very pleased that over the past year the number of E175 aircraft in our fleet has more than doubled”, said Gary Beck, president of Horizon Air.

The company noted that since January 2013, Embraer has sold more than 435 aircraft E175 to airlines in North America, receiving more than 80% of all orders in the segment of jet aircraft, with a capacity of up to 76 seats.