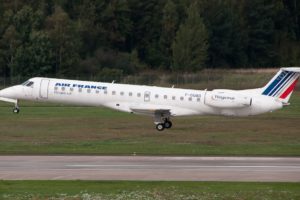 The Brazilian aircraft manufacturer Embraer forecasts the demand for 10,550 new regional aircraft, with a capacity of up to 150 people in the next 20 years. The total cost of aircraft will be about 600 billion USD, according to the estimates of the company. In addition, the fleet of operating liners will be increased to 16,000 airplanes, compared to 9,000 aircraft currently in service.

“While forecasts for specific regions vary considerably, the efficiency and sustainability remain the main drivers of predicted market demand. The segment of regional aircraft with up to 150 seats will become an increasingly integral part of the global environmental air transport system,”, says Embraer in official statement.

The economic performance of the airline industry will mostly depend on how far costs will rise and to what extent the industry can sustain a healthy revenue environment. Aircraft in the up to 150-seat segment are the best placed to combine cost efficiency with stronger yields.

According to the company, most demand is predicted to come from the Asia-Pacific region, with demand for 3,000 regional aircraft over the next 20 years, followed by North America (2,780) and Europe (2,240).