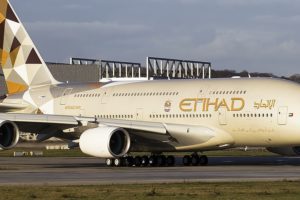 The airline Emirates is exploring the acquisition of its local unprofitable competitor Etihad. The move would create the world’s largest air carrier.

The talks, which are at a preliminary stage, would have led to the acquisition of the core business of the Abu Dhabi’s Etihad by the Dubai Emirates. Etihad would retain its support division for such a transaction. The negotiations, however, may fail before a real deal.

Each transaction will require the approval of the leaders of the richest countries in the United Arab Emirates. For Abu Dhabi, which accounts for 6% of global oil reserves, this will mean a step forward in reforming state-controlled companies as the country adapts to lower oil prices.

Airlines are blood enemies and their hubs are competing to attract the same passengers for long flights between Asia and the West.

A spokeswoman for Emirates said the company did not comment on speculation, repeating the words and spokesman for Eithad. If a deal is made, the new airline would be larger than the American Airlines Group, which has a market value of 19.2 billion USD.

Merger of the two companies will be further proof that the Sheikhs consolidate their business to improve their competitiveness. the companies in Abu Dhabi and Dubai formed Emirates Global Aluminum – one of the largest aluminum producers in the world, in a deal worth 15 billion USD. Both countries are considering merging their stock exchanges.