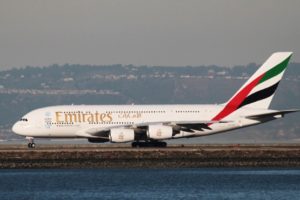 The future of the largest passenger airplane in the world, Airbus A380, at least for now, seems guaranteed. The Dubai airline Emirates announced that it would order 36 aircraft from the model. The airline posted an order for 20 aircraft plus option for additional 16. The negotiations were launched at the end of last year but were stalled. The order price according to the Airbus price list is 16 billion USD, but usually in such negotiations large discounts are granted.

Earlier, the aircraft manufacturer Airbus said that without a serious order, the future of the A380 after ten years of development is at serious risk. In view of the weak demand at the time of the huge aircraft, the contract in practice means saving the model, which production has been publicly speculated for months.

Airbus expressed its belief that the A380 is “destined for an era far beyond the next decade”. The Concern expects additional orders, explains Sales Director John Leahy, who recently said that without an agreement with the Emirates, the A380 program should be discontinued.

Last year, Airbus received no order for the A380 but had to accept two cancellations. Of the 317 sold A380s, 222 were already delivered, 101 of which were only for Emirates – the largest A380 customer with a total of 142 machines. The list of orders for the A380 shrank to only 95 aircraft, of which 46 are considered to be unsafe. That’s why Airbus has already cut production.

Many airlines meanwhile give up the huge four-engine machines and prefer smaller and more advanced long-range jets with more fuel-efficient engines. These include the Boeing 787 Dreamliner and the Airbus A350.