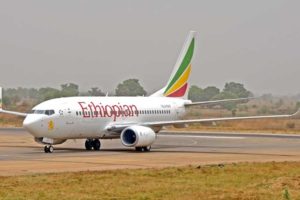 Ethiopian Airlines Boeing 737 MAX-8, operating flight ET302, crashed shortly after taking off from Addis Ababa, killing all the 157 people on board. The aircraft was en route to Nairobi with 149 passengers and 8 crew, but shortly after takeoff, the pilot reported about a technical problem. The aircraft was on attitude 2,300 m and already developed speed of 700 km/h when lost connection with dispatchers and crashed near the town of Bishoftu.

A search-rescue operation is underway. The causes of the disaster so far remain unknown.

On board of the flight ET302, there were a lot of foreigners, from 33 different nationalities, including Europeans and North Americans. According to unconfirmed information 32 Kenyans, 18 Canadians, 9 Ethiopians, 8 Americans, 8 Italians and 8 Chinese nationals were among the passengers, as well as 7 French and 7 UK citizens.

United Nations staff members were aboard the Ethiopian Airlines flight ET302 that crashed on Sunday, according to Stephane Dujarric. A UN official said there were a number of UN staff on board and there may have also been some freelance interpreters.

The pilot was a senior Ethiopian Airlines pilot who had flown more than 8,000 hours. He had an excellent flying record, according to the officials from the airline. The aircraft Boeing 737 MAX-8 was brand new, received by Ethiopian Airlines only 6 months ago.