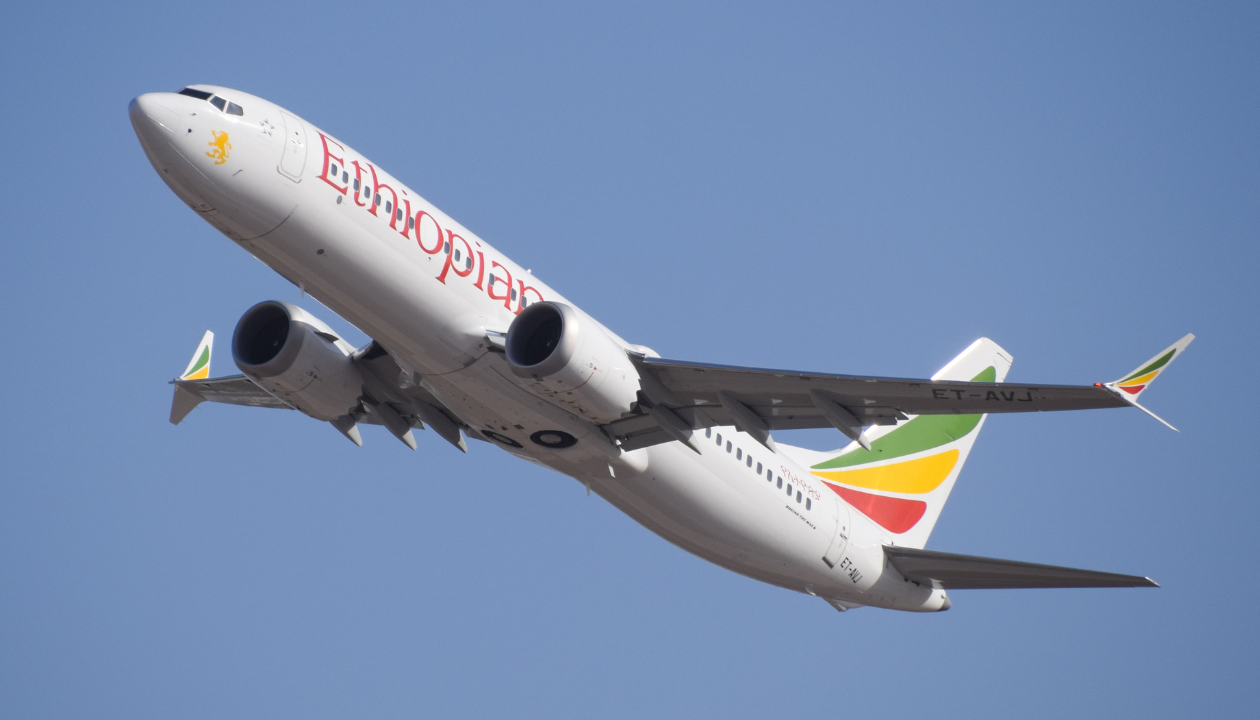 Since the deadly crash of Flight 302 on the Boeing 737Max in March 2019, Ethiopian Airlines has begun receiving new planes of the kind.
The new aircraft identified as ETAWJ left Boeing’s factory in Seattle on June 30 and flew to Addis Ababa, Ethiopia, with a layover in Manchester, U.K. The item was delivered to its final destination on July 2.

As of right now, the airline operates five Boeing 737Max aircraft. This delivery followed the airline’s decision to reinstate the aircraft type to its planned flying operations.

Ethiopian Airlines just placed an order for 25 more Boeing 737 MAX8 aircraft. The airline said more supplies are on the way later this year.

It now has a fleet of four planes, each with 16 Business Class seats and 144 Economy Class seats. After recertification by the FAA, EASA in Europe, Transport Canada, CAAC, ECAA, and other regulatory organizations, as well as the return to service of such aircraft by more than 34 airlines worldwide, they went back into service in February 2022, as stated by former CEO Tewolde GebreMariam. We gave the design-change work and the exhaustive 20-month recertification procedure the attention they deserved.

Nearly 600 Boeing 737 MAX jets have been airborne since their reintroduction to service in December 2020, when they were re-approved by 190 nations. Ethiopian Airlines has the largest fleet of 737 MAX planes in Africa.

Last year, the airline claimed that it had finally achieved an equitable settlement with the American aircraft manufacturer over the deadly crash of flight 302 (ET-AVJ, MSN 62450), which killed 157 people. There has been no official update on the accident yet.

The delivery was included in Boeing’s orders and deliveries report for June. Overall, the month of March 2019 was the biggest month for 737 Max deliveries since the suspension was lifted in late 2020, with 43 of the planes being delivered to customers. It was also the busiest month for any form of commercial jet deliveries by Boeing since March of 2019, with a total of 51 deliveries.

It indicates that demand for the plane is rising again to levels seen before the disaster. There have been 443 737 Max aircraft delivered by Boeing after the suspension was lifted, with 181 of those having been delivered so far this year. This is up from 105 deliveries in the first half of 2021.

Beyond the decline in demand for passenger jets caused by the epidemic, Boeing has had a number of issues in recent years. Deliveries of its 787 Dreamliner wide-body passenger jets were temporarily delayed owing to quality control difficulties, and the company is now waiting for authorization to resume those deliveries.

The majority of Boeing’s revenue comes from airline sales, which makes on-time deliveries critical to the company’s operations and commerce.