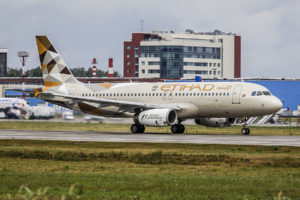 Etihad Airways, which flies from the UAE capital of Abu Dhabi, does not plan to resume flights to Syria, but constantly monitors the situation regarding the restoration of flights from other countries to Syria.

“Etihad Airways has no urgent plans to resume flights to Damascus, but we are constantly monitoring the situation”, said the airline representative.

At the end of last year, the UAE’s Federal Civil Aviation Service said it was considering the possibility of resuming national flights to the Syrian capital, Damascus, after the Emirates returned its embassy to Syria after six years of lack of diplomatic relations.

Emirates and Etihad Airways, the UAE’s national airlines, stopped flying to Syria in 2012 after the Emirates decided to end relations with the Syrian government due to the suppression of anti-government demonstrations. However, Syrian airlines all these years continued to fly from Syria to the UAE.