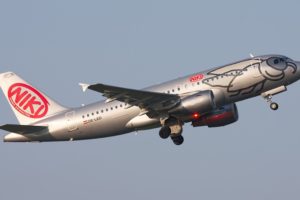 UAE national airline Etihad Airways and the German tour operator TUI AG abandoned from subsidiaries’ merger plans. The plan involved the unification of the TUI-owned low-cost TUIfly with Niki Luftfahrt, the Austrian division of Air Berlin, the main shareholder of which is Etihad Airways. Unfortunately several days after announcing the merger the deal collapsed after Austrian airline quits from the transaction.

“The deal was canceled, as Niki Luftfahrt is no longer available for creating a joint venture”, said the statement of TUI.

The merger of the operations of the two companies would create an air carrier with a fleet of about 60 aircraft capable of transporting 15 million passengers per year.

The TUI notes that the company is ready to deal with another carrier. Etihad confirmed that it had interrupted the negotiations with TUI on the establishment of the joint venture.

Etihad and TUI plans to create a joint air carrier were violated a few days after they announced the deal because of the protests of TUIfly flight crews who staged an unexpected strike.