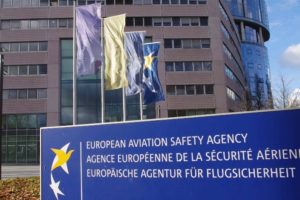 The State Aviation Service of Ukraine received a draft bulletin of the European Aviation Safety Agency (EASA), which recognizes as unsafe the flights to the eastern regions of Ukraine. If the recommendation comes into force, it can affect the air communication with the international airports Kharkiv, Dnepropetrovsk, Zaporizhzhya and Krivoy Rog.

EASA is an EU agency whose main task is to monitor the safety of civil aviation. If the agency believes that for European airlines may be at risks to the safety of flights over a certain territory, it publishes the Conflict Zone Information Bulletin, which recommends limiting flights. Despite the fact that EASA ballots are recommendatory actually they are binding.

The State Aviation Service of Ukraine confirmed receipt of the draft ballot from EASA.

According to the information, the draft bulletin EASA recommends not flying to the Dnipropetrovsk region, but also including mainly air space over Kharkiv, Dnepropetrovsk, Zaporozhye, Donetsk, Lugansk regions and over the Crimea. There are four international airports on its territory.

Bans are already in effect in this region, but in a much smaller volume.

Now such a ban on flights to the east of Ukraine is valid for airlines from the UAE. There is also a ban by the US Federal Aviation Administration (FAA) for flights of American airlines to the Crimea and Dnepropetrovsk. Recently it was extended until October 27, 2018.

EASA recommendations should be guided by European air carriers. They are not binding, but airlines usually stick to them.