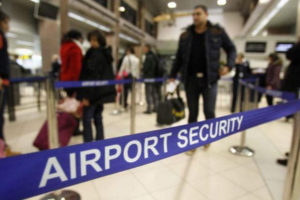 The European Commission (EC) received note for the new security measures introduced by the US authorities, released the representative of the EC Enrico Brivio. It’s about new security measures that will be applied to foreign passenger aircraft arriving in the US. In particular, American innovations imply an expansion of measures to check passengers and their electronic devices for explosives. This will affect about 2,000 flights, arriving daily to the US from 105 countries.

Earlier it was stated that the US administration was discussing plans to ban the transportation of laptops on the planes of those airlines that would not take additional security measures. And this concerns the transportation of computers not only in hand bags, but also in check-in luggage.

As noted in this regard, the US Internal Security Minister John Kelly, these measures are not the last and the security system will be toughened in the future.

To implement new safety standards, airlines are given 21 days. And within 120 days carriers must provide other measures, including extended passenger inspection.

Technical experts from the EU and the US, as EC representative Enrico Brivio noted, confirmed “the commitment to the promotion of aviation security on a global scale”.