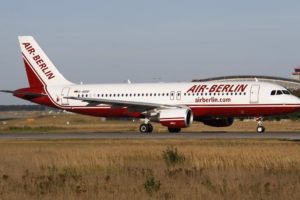 The European Commission gave green light for bridge loan to Air Berlin of 150 million EUR, granted by the German government allowing the airline to continue operations until it finds buyers.

“This measure will allow a coordinated liquidation of the insolvent airline without undue distortions of competition within the common market”, said the European Commission in a statement. “The loan should allow Air Berlin to continue its operations in the coming months until negotiations for the sale of its assets have been completed successfully. After that process, Air Berlin will have to stop trading and withdraw from the market”, adds the statement.

The German national flag carrier Lufthansa has shown interest in buying a large share of the assets of the bankrupted Air Berlin. The British low-cost carrier easyJet and German charter carrier Condor Airlines are also targeted for potential investors. The German aviation investor, Hans Rudolf Woehrl, has already announced he wants to buy the whole company.

“The buyer will not be one but two or three”, said the CEO of Air Berlin, Thomas Winkelmann.

Air Berlin employs 7,200 people in Germany and is second largest carrier in the country. The airline maintains hubs at Berlin Tegel Airport and Dusseldorf Airport and serves 12 German cities as well as destinations in Europe, the Caribbean and the Americas. Air Berlin is a member of the Oneworld alliance, and owns the subsidiary Belair in Switzerland.