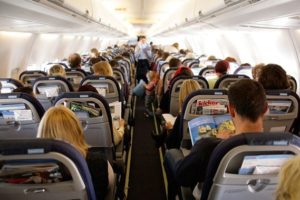 “The court declares that the agreement envisaged between the European Union and Canada on the transfer of Passenger Name Record data may not be concluded in its current form”, said the European Court of Justice. “Several of its provisions are incompatible with the fundamental rights recognised by the EU. Exchanges of information such as PNR (passenger name records) are critical for the security of our citizens, and the European Commission will do what is necessary to ensure they can continue in accordance with the Court’s opinion and in full respect of fundamental rights”, adds the court statement.

Brussels and Ottawa should revise a number of provisions of the document, since in its present form it allows collecting data on air passengers even in cases when there is no acute terrorist threat.

In 2010, the EU and Canada began negotiating an agreement to transfer and process so-called passenger name record (PNR) data that passengers give airlines, travel agents and tour operators when they make flight reservations and check-in for flights. On the conclusion of such an agreement, the parties first agreed in 2014. The agreement provided for the exchange of a list of information about a person that airlines can get when registering for a flight, as well as data on payment and a plastic card. The information was to be kept for five years.