The F / A-18E Super Hornet and E-2D Advanced Hawkeye (AEW) fighters of 7th Carrier Air Wing (CVW), which landed on the aircraft carrier of the Nimitz class of the American Army Abraham Lincoln (CVN 72), carried out an attack auto escort with a B-52H bomber of the Air Force assigned to the 20º Expeditionary Bomb Squad and part of the Task Force of Bombers.

On June 1, joint operations were carried out with the 7th Air Wing (CVW) in the area of ​​responsibility of the 20th Expeditionary Battalion B-52H of the Central Command of the United States Air Force, assigned to the Abraham Lincoln Air Attack Group (ABECSG) and part of the Bombing Task Force of the Global Attack Command.

The operations focus on the integration and interchangeability of the joint forces within the Department of Defense of the United States.

“The training we do with the Air Force demonstrates our ability to coordinate quickly between units and leads to an increase in the number of victims in our country and the ability to respond quickly to threats when necessary,” said Capt. William Reed, commander of CVW-7.

During the exercise, the CVW-7 and the 20th Expeditionary Engineers Corps performed a series of joint exercises to improve combat tactics in various combat areas. The exercise included aerial training, operational flights and simulations of national defense attack operations. 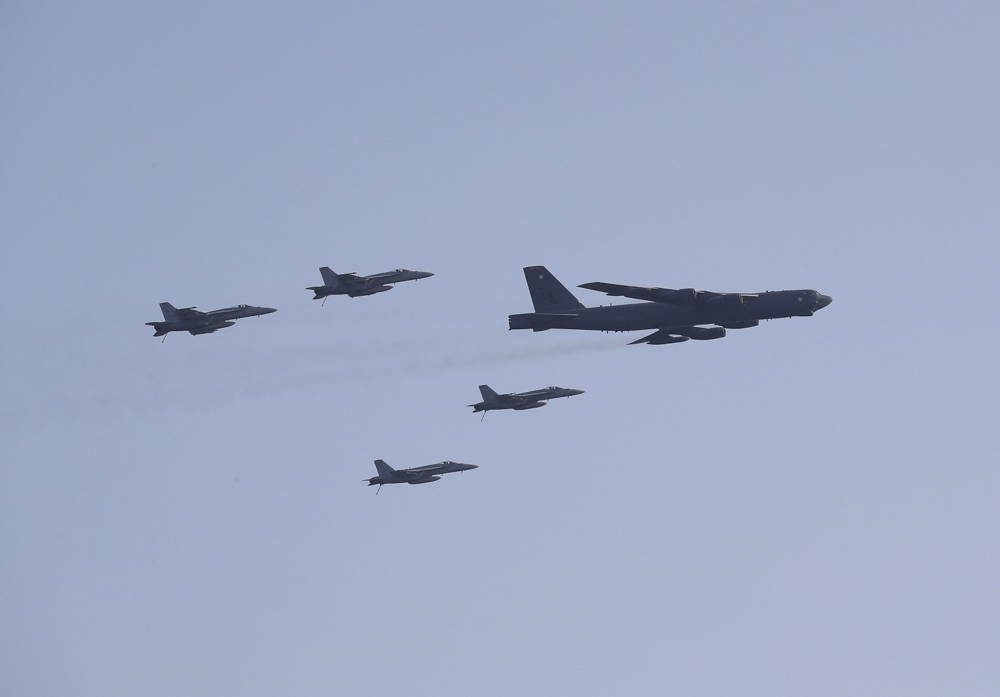 The B-52H Stratofortress is a long-range, subsonic and strategic bomber, operated by the United States Air Force since 1955. The aircraft can carry up to 70,000 pounds of weapons and has a standard range of more than 8,800 miles. Its anti-ship and anti-mine capabilities make it a highly effective tool to help naval forces monitor the ocean. 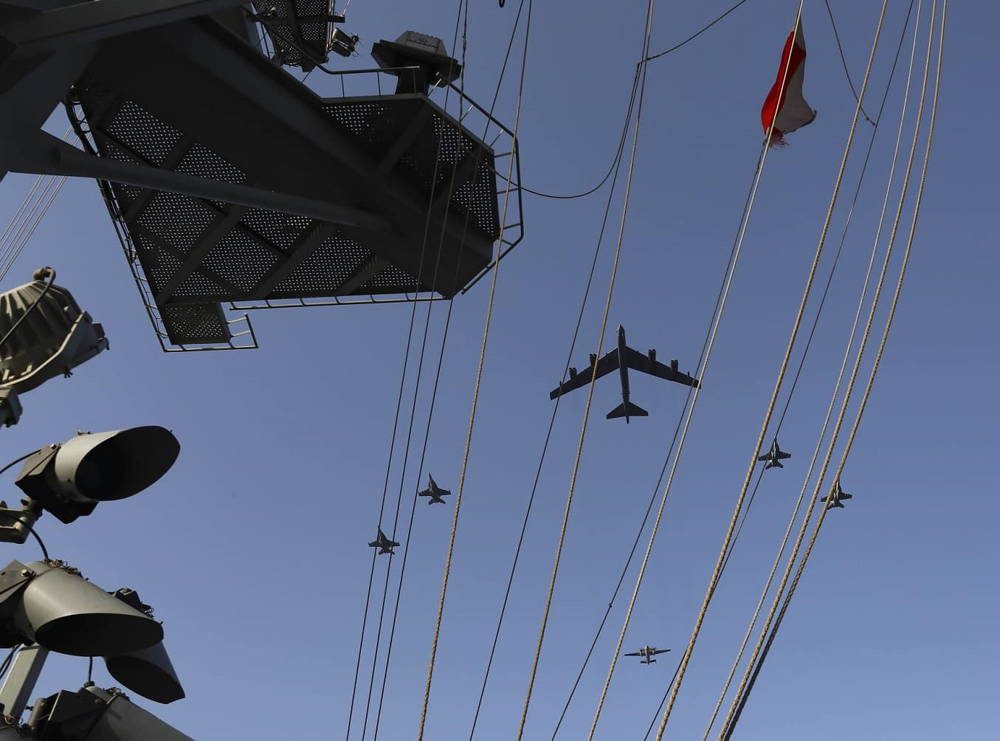 “Each of our respective services influences the other,” said Mills. “Future conflicts are likely to never be limited to one area, but sister agencies can improve the performance of others. Today’s mission represents our ability to project air and maritime energy throughout the world. When we act, we act as a force, without providing separate services. Exercises like the one we do today assure that they can operate anywhere and at any time.”

The Super Hornets CVW-7 carried out a joint aerial support exercise with a bomber. In addition, the Sea Hawk CVW-7 MH-60R helicopters and the B-52H helicopter also conducted an attack and reconnaissance coordination exercise (SCAR). The exercise was a rare opportunity for the exercise, since it combined several tactical aircraft that do not fly frequently in the same airspace.