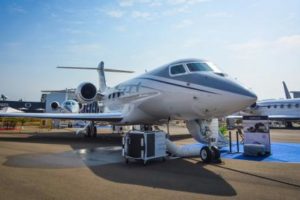 Half a year after Gulfstream Aerospace ceased production of its G450 business jet, it received a certificate from the Federal Aviation Administration (FAA) to produce the next generation G500. This entitles the airline to start delivering this aircraft model to its customers. The FAA type certification verifies the airworthiness of the aircraft’s design, while the production certificate confirms that the company’s production processes comply with federal aviation regulations.

The first delivery of Gulfstream G500 is planned for the fourth quarter of the current year.

“Receiving the type certification and production certificate on the same day speaks to the rigor inherent in the G500 program and the commitment to excellence of the entire Gulfstream team”, said the President of Gulfstream Aerospace, Mark Burns. “The tens of thousands of lab hours combined with the more than 5,000 hours we’ve flown the five G500 flight-test aircraft will help ensure we deliver a high-performing, reliable, mature aircraft to customers. We’re excited to conclude the type certification effort, complete the production-certificate audit and move on to the next phase of this program: delivering aircraft. We appreciate the FAA’s diligence and cooperation in certifying this aircraft and confirming the capabilities of our new manufacturing facilities. We look forward to seeing the G500 in our customers’ hangars soon”, added he.

The latest business jet model Gulfstream G500 is estimated with capacity for 19 passengers. It can fly the distance from Hong Kong to Moscow for only 8.33 hours.

Gulfstream emphasize the fact that the G500 is the first civil airplane to be certified with the Enhanced Vision System. The presence of such a system increases flight safety and pilots’ situational awareness. EVS is an infrared image of the track and track approaches. The system is especially useful for night flights and under bad meteorological conditions.