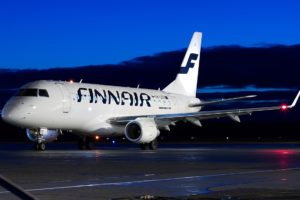 Finnair plans increasing flights to Asia, which is about half of its full capacity and aims to carry up to 20 million passengers per year in 2030, according to the airline director Pekka Vauramo. The company expects a doubling of operating profit in 2017, after shipping a record number of passengers in the second quarter, increasing operating profit to 43.15 million USD and improving the forecast thanks to Asia and Europe.

“Finnair is now growing at an accelerated speed: We are opening new routes, adding capacity in existing routes, and recruiting new employees”, said the CEO of Finnline, Pekka Vauramo. “Sales grew particularly due to the solid demand for the backbone of our network, traffic between Asia and Europe,” he stated. “Our sales developed favourably in Japan, Korea and China”, added he.

The benefits of the growing number of Airbus A350s in the fleet are becoming more obvious, particularly where they have taken over from the A340. Finnair now has 10 A350s in its inventory, with one more to arrive later this year. In addition, four leased A321s have been delivered so far in 2017, with three more of the type to be acquired by year-end.

The better-than-expected first half-year is expected to provide a solid foundation for future growth. Finnair revealed that it expects its capacity to expand by approximately 15 per cent in the second half of the year, with the third quarter being traditionally its strongest and with the favourable market conditions likely to continue.

Finnair is the flag carrier and largest airline of Finland, with its headquarters in Vantaa on the grounds of Helsinki Airport, its main hub. Finnair and its subsidiaries dominate both domestic and international air travel in Finland.