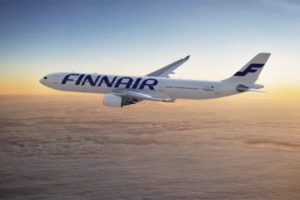 The German centre for the assessment of passenger aircraft crash data JACDEC (Jet Airliner Crash Data Evaluation Center) has published an annual rating of the safest airlines in the world.

“In general, flights are becoming safer, although 562 people died all over the world in aviation accidents last year”, according to the experts.

They also emphasize that 100% of flight safety will never be reached in the future. “At the same time, with more than 4 billion people per year in the world passenger traffic, aviation is one of the safest modes of transport. In 2018, flying by plane was about 30 times safer than in the 1970s”, added JACDEC.

JACDEC ranking has been published since 1973. It is based on an analysis of information on accidents and incidents with aircraft of the 100 largest airlines in the world. Since last year, in addition to the number of aircraft incidents and accidents over the past 30 years, the assessment is influenced by additional parameters: operating activities, the competence of the regulator controlling the airline in a particular country, and features of the route network. All factors are summed up in a rating according to a uniform formula for all, which gives a theoretical maximum of “100% safety”.